A Curse on Womanhood 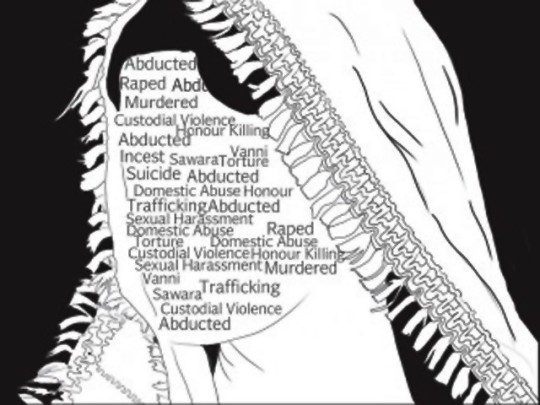 The land of Jats, Haryana, which has been acknowledged by the entire country for the chivalry of its people who have contributed greatly to the Indian armed forces in the past and also in the present day, has much more to itself than just that.

The state of Haryana, despite its golden image, is ironically also known for being a true culprit of the women backwardness in the region. The state suffers from the lowest sex ratio in the entire country, thanks to the female foeticide that has prevailed here despite all bans and policies framed by the government. There are places in the state where the gender ratio is 800 women per 1000 men and then there are places where it is much lower at 600 per thousand men. It is not difficult to imagine what other atrocities follow women in this state.
Putting shame to the rest of the civilised world, this state is much ahead in women trafficking and has adopted despicable customs to fill in the gap. It is hard to believe in the modern day world of today but it is the harsh truth that several regions in state buy women to get married to. Finding a bride through the conventional way has become so difficult in these regions that families find it easy to buy women from helpless families in other areas. These people have also set an average price for the enjoyable commodity-brides. The brides here are generally brought at Rs 4000 per girl. The prices may go up to 5000 or 7000 depending upon the looks and appearance of the girl.
The real problem, however, is much bigger than this. Once brought, these women are treated like slaves and can be sold if the buyer finds them unsatisfactory. There have also been instances where a single woman is bought for multiple male members of a family, making her situation even worse. Women are made to live in dismal conditions and their trade has flourished so well that a supply chain has been established for this. If abandoned by their buyer, these women either have to face a gang rape by entire village community or are forced to other outrages like parading in the public without clothes and harassment. This generally happens mostly in the case when either their buyer has died or has abandoned her.
The main reason behind this shameful custom in Haryana is two-dimensional. One is the demand factor and the other one is the vulnerability and availability of the women due to poverty, lack of education, lack of access to rights, disparities in income and the scope for exploitation of the victim.
Although article 23 of the Indian Constitution prohibits trafficking of any form and there are specific acts as well to stop immoral trafficking, bonded labour, and juvenile justice still the enforcement of the laws in this regard is not up to the mark. Therefore, the general condition of women remains pathetic. This society of male dominance has never accepted women as natural beings but just merely property and commodity to fulfil their needs.
With such exploitation, it would be folly to expect the interference of women in family and social matters. The girls who study and take up some profession are looked down upon and are often killed in due time.
Most girls for bride trafficking are brought from rural areas of the north eastern states like Assam, West Bengal and also from a few places down south. A high percentage of these women come from the poor and uneducated Muslim population of the country. Besides, nearly 20,000 girls from Nepal are brought to the state to get married to their buyer husbands.
Many say that this tradition has been adopted from the Mahabharata but it would be foolish to blame the mythologies for this. If this is just the adoption of what our ancestors did, there are many more things that should have been adopted from that era. Or is it human psyche to pick up only the evil in everything.
This tradition has resulted in a lot of opposition from women groups and NGOs as well. However, due to lack of political will and week enforcement of laws has not changed much in the state. This system has also given rise to several honour killings in the state which are often done when a girl comes forward to choose her husband herself often from a different community.
With such atrocities taking place against womanhood, the day is not far when women would not be found in Haryana at all and even the state may end up becoming mere history in the geographical map of the country.
It is expected from the political and administrative system that it should take active action and think of upliftment of women in this state so that the coming generations are freed from this evil.