Languages of Poor in The Diamond Kingdom – Scottish and Irish

The language heritage which both Irish & Scottish owns have lots of differences which makes them distinct from one another even though they are a beads of a single kingdom The UK where these spoken forms are treated as inferior.

There are a range of differences between the Scottish and the Irish. There are differences in the people themselves, their literature, their heritage, their food and their culture, to name just a few things. Both countries have left colorful marks on the pages of world history and are both qualified to be called ’great’ nations. Unfortunately Scotland and Ireland have never reached the status of other great nations such as England and Germany and tend to be lesser known.

You’re certainly already aware of their geography, and no doubt you know something of their histories, and their people. There is still one more thing you need to learn about the Scottish and Irish. You’ve heard the way they speak: their accent and intonation. Their “English” may have sounded indecipherable. That “English” however, just so you know, is their own language. It is one of the most remarkable languages in the whole world. It depicts both of the country’s deep culture and rich history. It is ancient yet it’s still living.

Gaelic is an adjective which means “pertaining to Gaels”. It includes its culture and language. If it is used as a noun, Gaelic would refer to a group of languages spoken by the Gaels. Gaels, by the way, are speakers of Goidelic Celtic languages. Although Goidelic speech originated in Ireland, it spread to Scotland long ago.

Scottish Gaelic, is still spoken actively in the northern most regions of Scotland. Some say that this language was first spoken in Argyll and was established way before the Roman Empire. But most people don’t know the exact period when the Scottish people first started to speak it. However, what is certain is that Scottish Gaelic spread across Scotland when the ancient province of Ulster was linked to Western Scotland during the 4th century. It was even made popular in the language of the Scottish church. By the 5th century, place name evidence showed that Gaelic was spoken in the Rhinns of Galloway. It was in the 15th century that Gaelic was known in English as Scottish. But after that, the highland and lowland boundary line started to emerge and Gaelic slowly lost its status as Scotland’s national language.

Irish Gaelic, on the other hand, is widely spoken on the western part of Ireland these days. In fact, you can see plenty of signage and street guides in Ireland that are written in two languages: English and Gaelic. It was taught to them by the fierce and conquering tribesmen known as Celts. However, sometime during the 8th century A.D., Ireland became the target of the Vikings. When the Vikings successfully conquered Ireland, a new set of language and learning was introduced. This marks the significant difference of the grammatical and phonetic aspects of both Scottish and Irish languages.

The root of Irish Gaelic is the same with the Scottish’. Irish or Erse, referring to the people, was once called Gaelic and was classified by the English conquerors as the lowest class of people. These people spoke Gaelic even when the Anglo-Saxons expected their language to slowly die. On and on the language evolved and it almost died, but a few Irish lads and lassies have kept it alive despite the odds. Now, about 60,000 people in Ireland can speak fluent Gaelic. 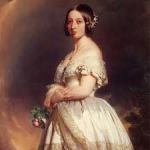 Born on May 24 1819 Alexandrina Victoria was the only child of the fourth son of King George III: Edward, duke of Kent. Her mother was Victoria Maria Louisa of Saxe-Coburg, sister of King Leopold of the Belgians.

Victoria became heiress-apparent of the British crown on the death of her uncle George IV, and when her uncle William IV died childless in 1837, she became Queen of Great Britain. She was crowned the next year. Her Era was the longest of all in the Royal History of Great Britain. She tested the limits of her royal powers when the government of Lord Melbourne, the Whig who had been her mentor, fell the next year. She refused to follow precedent and dismiss her ladies of the bedchamber so that the Tory government could replace them. Her refusal brought back the Whigs until 1841. The Queen’s first language was German. German was the language of her mother and governess. She also spoke English, French and Hindustani.

Marriage: She’d met her cousin, Prince Albert of Saxe-Coburg and Gotha, when they were both seventeen. When they were twenty, he returned to England, and Victoria, in love with him, proposed marriage. They were married on February 10, 1840.Their first child, a daughter, was born in November 1840, and the Prince of Wales, Edward, in 1841. Three more sons and four more daughters followed. Victoria had traditional views on the role of the wife and mother, and though she was Queen and Albert was Prince Consort, he shared government responsibilities at least equally.

Indian Attraction: After the victory of British East India Company in the Revolt of 1857, She got the title of Empress of India which later on became the most popular title of Victorian Era. She was the first to use the title Empress of India. Queen Victoria had an affinity with  India and all things Indian. This was probably why she took an instant liking to an Indian manservant Munshi Hafiz Abdul Karim. Abdul Karim was from the Taj Mahal city Agra and had come to Victoria as a gift on the occasion of the Golden Jubilee of her reign in 1887. He was to serve the queen as a waiter but soon this personable young man of 24. with suave manners became her special favorite. Victoria and Abdul Karim often talked in Urdu, foiling the attempts of those who would very much have liked to eavesdrop on what was going on between them. With the change in his status, came the change in Abdul Karim’s residence. The Queen moved him from the servants quarters, giving him cottages in the ground of royal palaces at Balmoral, Windsor and Osborne House. She assisted him in bringing his family to Britain where they lived at the royal expense. In 1878 Victoria had founded the Order of Indian Empire to honor people of outstanding merit who had served in India.

Widowhood: Death of Prince Albert in 1861 devastated her; her prolonged mourning lost her much popularity. Eventually coming out of seclusion, she maintained an active role in government until her death in 1901. Her reign was marked by waxing and waning popularity — and suspicions that she preferred the Germans a bit too much always diminished her popularity somewhat. By the time she had assumed the throne, the British monarchy was more figurehead and influence than it was a direct power in the government, and her long reign did little to change that.

Death: It was a winter time in Great Britain & every one was enjoying the first month of the New Year of 1901 when the entire British Empire was fallen into mourning & was paying homage to the Great Queen Victoria. On Tuesday 22nd January 1901 at 6:30pm at the age of 81 when the dusk was falling on the sky The angels of death were busy taking the soul of the Empress of India leading to an end of a Victorian Era & the rule of House of Hanover in the UK.The Queen was suffering from Rheumatism in her legs which had rendered her lame and her eyesight was bearing the shades of cataract. She was laid to rest in peace near the grave of her beloved husband Price Albert in Frogmore Mausoleum at Windsor Great Park . Her Funeral was the only White Funeral where everyone was dressed in whites as requested by her.

Assassination Attempts: Five attempts were made to assassinate Queen Victoria during here lifetime which she survived with no serious injuries.

Legacy: Herself written Letters, Leaves from the Journal of our Life in the Highlands and More Leaves. Biographies of Victoria: Lytton Strachey’s Queen Victoria, are now considered out of date.The biographies written by Elizabeth Longford and Cecil Woodham-Smith, in 1964 and 1972 respectively, are still widely admired. Victoria Memorial in Calcutta – India, Victoria Memorial – London, State of Victoria in Australia & Victoria Waterfalls in Africa are named after her.

Prince Albert of Saxe-Coburg and Gotha (Francis Albert Augustus Charles Emmanuel; 26 August 1819 – 14 December 1861) was the husband of Queen Victoria of the United Kingdom of Great Britain and Ireland. He was born in the Saxon duchy of Saxe-Coburg-Saalfeld to a family connected to many of Europe’s ruling monarchs. At the age of 20 he married his first cousin, Queen Victoria, with whom he had nine children. At first, Albert felt constrained by his position as consort, which did not confer any power or duties upon him. Over time he adopted many public causes, such as educational reform and the abolition of slavery, and took on the responsibilities of running the Queen’s household, estates and office. He was heavily involved with the organisation of the Great Exhibition of 1851. Albert aided in the development of Britain’s constitutional monarchy by persuading his wife to show less partisanship in her dealings with Parliament—although he actively disagreed with the interventionist foreign policy pursued during Lord Palmerston’s tenure as Foreign Secretary.

He died at the early age of 42, plunging the Queen into a deep mourning which lasted for the rest of her life. Upon Queen Victoria’s death in 1901, their son, Edward VII, succeeded as the first monarch of the House of Saxe-Coburg and Gotha, named after the ducal house to which Albert belonged.

Consort: The position in which the prince was placed by his marriage, while one of distinction, also offered considerable difficulties; in Albert’s own words, “I am very happy and contented; but the difficulty in filling my place with the proper dignity is that I am only the husband, not the master in the house.” The Queen’s household was run by her former governess, Baroness Lehzen. Albert referred to her as the “House Dragon”, and manoeuvred to dislodge the Baroness from her position.

Legacy: Albert’s body was temporarily entombed in St. George’s Chapel, Windsor Castle.The mausoleum at Frogmore, in which his remains were deposited a year after his death, was not fully completed until 1871. The sarcophagus, in which both he and the Queen were eventually laid, was carved from the largest block of granite that had ever been quarried in Britain. Despite Albert’s request that no effigies of him should be raised, many public monuments were erected all over the country, and across the British Empire.The most notable are the Royal Albert Hall and the Albert Memorial in London. The plethora of memorials erected to Albert became so great that Charles Dickens told a friend that he sought an “inaccessible cave” to escape from them. All manner of objects are named after Prince Albert, from Lake Albert in Africa to the city of Prince Albert, Saskatchewan, to the Albert Medal presented by the Royal Society of Arts. Four regiments of the British Army were named after him: 11th (Prince Albert’s Own) Hussars; Prince Albert’s Light Infantry; Prince Albert’s Own Leicestershire Regiment of Yeomanry Cavalry, and The Prince Consort’s Own Rifle Brigade. He and Queen Victoria showed a keen interest in the establishment and development of Aldershot in Hampshire as a garrison town in the 1850s. They had a wooden Royal Pavilion built there in which they would often stay when attending reviews of the army. Albert established and endowed the Prince Consort’s Library at Aldershot, which still exists today.

Biographies published after his death were typically heavy on eulogy. Theodore Martin’s five-volume magnum opus was authorised and supervised by Queen Victoria, and her influence shows in its pages.