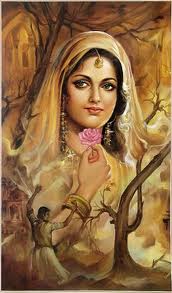 Love is known to be an overwhelming, all-consuming, intense passion. But just how intense can love be? No one knows the answer, and examples of such a love are rare. But whenever one talks about the depth of love, the intensity of passion, two names almost immediately come to mind- Laila and Majnu.

The love story of Laila and Majnu is a very famous one and is no less than a legend. Even today, people know them as Laila Majnu; the “and” in between is missing. They were two in flesh, but one in spirit. It is based on the real story of a young man called Qays ibn al-Mullawah from the northern Arabian Peninsula, in the Umayyad era during the 7th century. The love story of “Laila and Majnu” is an eternal one albeit a tragic one.

Laila was a beautiful girl born in a rich family. Being no less than a princess, she was expected to marry a wealthy boy and live in grandeur and splendor. But love is born from the heart; it knows no rules. Laila fell in love with Qays and he too loved her dearly. Qays was a poet and belonged to the same tribe as Laila. He composed splendid love poems and dedicated them to his lady-love, telling in them his love for her and mentioning her name often. Qays’ friends knew about his affair with Laila and they often teased and made fun of his love. But such taunts had no effect on Qays. He was deeply in love with Laila and it was her thoughts alone that possesed his mind for all time.

“ I pass by these walls, the walls of Layla

And I kiss this wall and that wall

But of the One who dwells in those houses”

It had been for quite sometime that Qays toyed with the idea of seeking Laila’s hand in marriage from her parents. One day, he went up to them and put the big question before them. But Qays was a poor lad. And when he asked for Laila’s hand in marriage, her father promptly refused him as he didn’t want her daughter to marry below her status. It would mean a scandal for Laila according to Arab traditions.

As fate would have it, the two lovers were banished from seeing each other. Soon after, Laila’s parents married her off to a wealthy man and she went on to live in a big mansion.

When Qays heard of her marriage he was heartbroken. He fled the tribe camp and wandered in the surrounding desert. His family eventually gave up on his return and left food for him in the wilderrness. He could sometimes be seen reciting poetry to himself or writing Laila’s name in the sand with a stick. Day and night, he pined for her.

Laila was no better. Seperated from Qays, she was shattered in mind, body and spirit. Not long afterwards, in 688 AD, she moved to Iraq with her husband, where she fell ill and died eventually. When Qays’ friends came to know about Laila’s death, they went looking for him all over to give him the news. But they could not find him.

Not much later, , their search for him came to an end. Qays was found dead in the wilderness near Laila’s grave. On a rock near the grave, he had carved three verses of poetry, which are the last three verses ascribed to him. Qays went mad for his love; for this reason he came to be called “Majnu”, or “Majnun Layla”, which means “Driven mad by Layla”. Such a love is hard to find today. So if ever you love someone, try to love like these two did. Even today, lovers swear by their name. It is their love affair that has made Laila and Majnu immortal in the accounts of great love stories.