Born on Jan. 15, 1918: A graduate of the Royal Military Academy, Gamal Abdel Nasser first rose to prominence as an officer in the first Arab-Israeli war, where he gained recognition for holding out for three weeks in 1948 while his battalion was surrounded in what came to be known as the “Faluja Pocket”. While serving in the army, Nasser become the leader of a covert organization called the Free Officers whose goal was to overthrow the hereditary Egyptian royalty and free Egypt from British influence. These goals were accomplished in a 1952 coup d’etat which ended with King Farouk’s exile after Nasser vetoed his execution. Though he was the real leader of the new government, Nasser remained unknown to the public media until 1954 when he assumed the role of Prime Minister and published his book “Philosophy of the Revolution”, a call for pan-Arab resistance to imperialism. In 1956, Nasser proclaimed the adoption of “Arab Socialism” in Egypt and was elected almost unanimously to the office of Egyptian President. Later that year, Egypt nationalized the British-run Suez Canal to pay for a massive public works project, the Aswan High Dam. This invited an invasion of the Sinai Peninsula by Israel and the decimation of Egypt’s air force by British and French bombers, but also won Nasser the respect of many leaders of the “nonaligned” nations – countries which were allied with neither the Soviet-led Warsaw Pact nor the United States-headed North Atlantic Treaty Organization (NATO). Further, the prevention of a full-scale British invasion by both a Soviet threat of nuclear war and a United States warning of further reprisals set the tone for “Third World” affairs for years to come, as Nasser had established that weaker states could keep their independence by playing NATO and the Warsaw Pact against each other. Nasser would continue as a major leader of the nonaligned states until his death in 1970; among his efforts at “small power” independence were his support of Kenya’s Mau Mau movement in the late 1950s and the periodic rallying of Arab states against foreign domination. As president, his record of success was decidedly mixed: he finally finished the Aswan High Dam with Soviet assistance in 1968, but was constantly frustrated in his struggle against Israel, including an embarrassing defeat in the Six-Day War of 1967. Though he is almost unanimously regarded as a hero in the Arab world (he was the recipient of one of the largest state funerals in the region’s history). 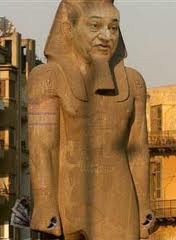 Born May 4, 1928 is the fourth and former President of the Arab Republic of Egypt.

He was appointed Vice President in 1975, and assumed the Presidency on October 14, 1981, following the assassination of President Anwar El Sadat. He is the longest-serving Egyptian ruler since Muhammad. Before he entered politics Mubarak was a career officer in the Egyptian Air Force, serving as its commander from 1972 to 1975. Beginning on January 25, 2011, a popular uprising called for his resignation as president of Egypt. On February 1, 2011, Mubarak announced that he will not seek another term in the upcoming presidential election.

On February 5, 2011 Egyptian state media reported that senior members of the ruling National Democratic Party, including President Hosni Mubarak, had resigned from leadership roles within the party. It was later clarified that Mubarak would stay on as president however.

In November 1967 Mubarak became the Air Force Academy’s commander and two years later he became Chief of Staff for the Egyptian Air Force. As chief of staff of the Egyptian Air Force in 1971, he bluffed his Soviet air force advisers into a humiliating defeat. It was during the 1969-71 War of Attrition that followed Egypt‘s total defeat in the 1967 Six Day War. About 18,000 Soviet military advisers were in Egypt, courtesy of Gamal Abdel Nasser. His military career reached its pinnacle in 1972 when he became Commander of the Air Force and Egyptian Deputy Minister of Defence and the following year he was promoted to air chief marshal in recognition of service during the October War of 1973. Estimates of the wealth of Mubarak and his family range from US$40 billion to $70 billion as per military contracts while Mubarak was an Air Force officer.

According to the BBC, Mubarak has survived six assassination attempts. In June 1995 there was an alleged assassination attempt involving noxious gases and Egyptian Islamic Jihad while he was in Ethiopia for a conference of the Organization of African Unity. He was also reportedly injured by a knife-wielding assailant in Port Said in September 1999.

Stance on the invasion of Iraq in 2003

President Mubarak spoke out against the 2003 war on Iraq, arguing that the Israeli-Palestinian conflict should be resolved first. He also claimed that the war would cause “100 Bin Laden s’. However, President Mubarak does not support an immediate US pull out from Iraq as he believes it will lead to probable chaos. 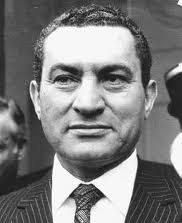 Mubarak was awarded the Jawaharlal Nehru Award in 1995. Mubarak was honored for his “unique role in providing stability and progress to his country, in upholding the Arab cause, in promoting peace and understanding in the region.