Editor in Chief of The Oslo Times interview with the Hungarian Ambassador Mr. Géza Jeszenszky

Oslo – This is to inform to our readers that today a meeting was to conduct an exclusive interview at the embassy of Hungary with the honorable Ambassador Mr. Géza Jeszenszky.

The interview was held successfully under the supervision of our editor in chief Mr. Hatef Mokhtar who had gone and conducted this exclusive interview session with the honorable Ambassador. It was a 40 minutes session of questions and answers.

Various issues and concerns were raised during this interview that range from simple economics to the concerning issues like of human rights and democratic transition.

The best part and most vocal message which The Oslo Times got from Mr. Jeszenszky was that he has been an open critique of Communism which he defines it as a long date of the world politics.

The interview session has clearly put across the most vital and strategic point across on the position of Hungary towards global politics, economic crises in Europe, situation of democracy / human rights / media in the erstwhile Communist states that are now progressing towards a major shift to democratic framework in particular Hungary which is experiencing the great leap forward towards the integration with the rest of Europe and the world at large.

In a few days of time The Oslo Times would be going to publish this exclusive interview and wish its readers would find something extra that rest of the media misses out these days.

Stay connected to The Oslo Times for more news updates.

Blast rocked the Norwegian Capital – A Capital for Peace and Harmony 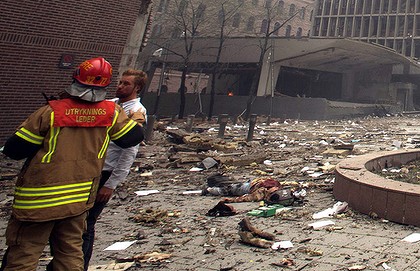 Armed For The Quill and on behalf of all our members / colleagues we condemn this heinous and in humane act of terrorism which devastated the land of Nobel peace which has always work for and speak for peace. Armed For The Quill is standing with the peaceful and innocent people of Norway in the times of their un-expected sorrows and moments of grievances.

AFTQ ask for support and help for the Norwegian people and seeks international community to bring those who are behind this act against humanity and want them to bring to trail.

Congratulations to Norway on their Indipendence Day May 17

May 17th is a special day as it marks the Independence Day and the establishment of the constitution that was signed in 1814. It’s a National holiday and celebrated not only by Norwegians in Norway but also by those who are living abroad.

The day is known for its parades with children and adults and the longest parade takes place in the capital each year. Each elementary school district arranges its own parade with marching bands between each school. The parades takes the children through the community as they make stops at homes of senior citizens, war memorials and many other places to pay their respects. The Oslo parade includes 100 schools and marching bands as they walk through the city and pass the Royal Palace where the Royal family greets the people from the main balcony as children sing the national anthem and the royal anthem. The event is broadcasted on TV every year with comments and local reports from celebrations around the country.

It is not enough to describe Norway with only one word. There is many aspects with the county that has made it one of the best countries to live in.

First of all, the countries environmental policy has brought green solution, less pollution, more green areas and safety for areas where children play and go to school. The air is very clean as for the drinking water as well.

Norway is known for its beautiful nature and the fjords. Tourists come from all over the world to enjoy the green nature and the amazing rivers that looks like it’s taken out from a fairy tale. It’s a land of intense beauty as the Aurora shapes the sky with its different colors illuminating the mountains and deep rivers. I like to spend time by the harbor in Oslo in warm spring and summer days watching the ships sail and people walking by. As I travel around sometimes, I usually find myself spending time sitting on balcony of hotels from the Victorian era as I drink coffee.

Besides being a kingdom, Norway has also one of the best democracy systems together with full freedom of speech. It is known to be a peaceful nation who always acts as peacemakers and negotiators rather than going to war. One example is the dissolution of the union between Norway and Sweden that happened in a peaceful way.

The Nobel Peace Center acts as the voice and meeting place where discussions and reflections related to war, peace and conflict resolution is in focus and important part of the Norwegian culture as the Peace Prize is awarded to the person who “shall have done the most or the best work for fraternity between nations, for the abolition or reduction of standing armies and for the holding and promotion of peace congresses.”

Norway is ranked 16th out of 43 countries in the Europe region and with its high income tax, the population benefits well from it when it comes to health care, social help and welfare. The welfare system is stabile in the country and makes sure that everyone who needs help gets their basic needs.

Norway is a constitutional monarchy where the King has symbolic power and the power is with the state. The politics takes place in the parliamentary representative constitutional monarchy. Executive power is exercised by the King’s council and the cabinet, led by the PM. Legislative power is vested in both the government elected within a multi party system. The Judiciary is independent of the executive branch and the legislature.

Norwegian people are very friendly and warm people. They value human rights and are a peaceful nation. On this day, I congratulate every Norwegian on their independence day and wish for more peaceful years to come.