You were born into this world with many opportunities. As you played in the courtyard, you and your friends dreamed about the future. What you would do and achieve. Your plans were as great as your heart.

One day you got your first slap on your cheek. “Girls don’t go to school! You cannot step out from this home!” father said. The tears that burned in your eyes were nothing besides the fire inside of you. You learned that you had to obey. 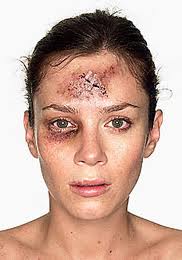 “You have to marry him! My honor is at stake”, said father and planted a second slap on your face. The man was twice the age you were. You didn’t even know what marriage was.  “I was exactly your age when I married your father. You will get use to it” was mothers answer.

The day came and you became the stranger’s wife. ”You are my property and you will do as I say” he said and punched you in the head.

“Nobody can interfere between husband and wife” your mother in law said. You learned that day to suffer in silence.

“He is your husband, you must obey him” your mother told you and turned you away.

“You cannot divorce him! You will stay with him until death do you part!!” your father told you. 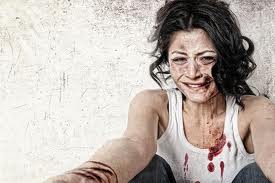 And indeed, death did you apart. For one day, you were no more. For even though you couldn’t speak anymore, the bruises and marks on your face and body spoke for you. They told the story of violence and abuse you suffered, just like thousands of others like you.

The easy way out

Suicide is defined as the deliberate killing of oneself. Nowadays, suicide has become the most growing cause of death among youth between 15 and 25. The difficult question is; “why do the students kill themselves?”

Some of the reasons may be the pressure the students face as they must succeed with the expectations back at home from parents. The shame in the classroom mixed with the shame at home marks the students deeply. Suicide does not come to mind immediately but slowly grows stronger as the person feels lost, lonely, confused, anxious, depressed and stressed. The major victims are those who come from a small town or village and are harassed by the “cool” students from the metro cities.

Korea is famous for its education and one of the effects of this pressure has increased the suicide rates among students down to teenagers. A total of 146 students have committed suicide in 2010 alone.

Korea Advanced Institute of Science and Technology (KAIST) is one of the nation’s top universities, but it has become known for the rising suicides among its students. Four students and one professor have committed suicide in the last three months at this prestigious university. KAIST’s students have blamed the pressure of intense competition and the unique penalty system which charges the students extra fees for underachievement that has contributed to the suicides. If the grades falls below 3.0, the student is forced to pay 63,000 Korean Won (around 58$)

KAIST University was established by the Korean government as the nation’s first science and engineering institution and has received huge government financial and legal support. Therefore, many have argued that KAIST students should not complain about the stress and competition since they are being supported by the government and enjoy privileges while ordinary students have none of these benefits. They are also excluded from military duty while all able bodied Korean men are obliged to take.

Right after the 4th suicide, President of KAIST, Suh Nam-pyo said in a press conference that the school will scrap its penalty system but it was not enough for the public who called for the President to resign since he had created this system. His comments after the suicide made people go against him as he meant that the students who committed suicide were suffering from mental weakness. 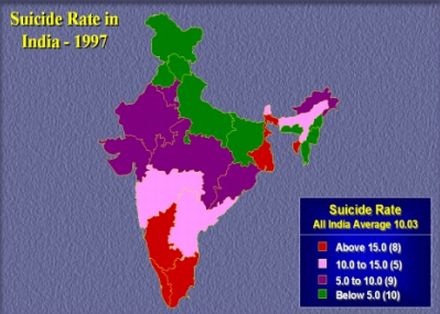 Between 2006 and 2008, 16,000 school and college students committed suicide according to the health ministry.  The World Health Organization (WHO) along with experts and doctors has demanded that a long term strategy needs to be put in place to tackle problems like anxiety, depression, stress and suicidal tendencies. As Cherian Verghese, a specialist with WHO India said; “The mental health system needs and overhaul. Our schools might be giving good education but we need education in life skills.”

The social taboo around mental health is a problem and the country needs more psychiatrists and social counselors who can counsel people during post-disaster trauma disorder. In a country with almost 1,21 billion people, living with social stigma, growing competition and the desire to succeed in every field, there are almost 3,500 psychiatrists trying to cope with the mental health.

From the beginning of 2010, more than 20 students committed suicide in Mumbai, India’s biggest financial capital. One of the mistakes of the schools is that, the schools pay more attention to results than to the “total education” of the child. And when parents are caught up with work, it creates a lack of attention and love but the expectation of good grades remains.

According to a report issued by the national police of Japan (NPA) as an annual study of suicide on March 3, 2011, suicide rates in Japan have increased 20% in 2010 and those who commit suicide mostly are unemployed. NPA report mentions the unemployed who committed suicide were mostly students or scholars. In 2009, the rate of student suicide unemployment counted 23 people and this number increased in 2010 with 53 people, 130% more.

As millions of students graduate every year, one in three graduates is unable to find a job. Already in 2009, suicide was listed as the leading cause of death among students. With 1.5 million graduates from 2009 still out of work, there are simply not enough jobs to go around, and the problem has been exacerbated by the impact of the global financial crisis.

In a country where university education has become crucial for the future success, the government has tried to manage the problem by offering soon-to-be-graduates positions as teachers and low level government positions in rural areas, but few are willing to return to the country side since their degrees was supposed to guarantee them escape and a better life.

A cross-sectional study was conducted on self-poisoned students admitted to Loghman-Hakim Hospital in Tehran, Iran and the study included age, sex, substance abuse, personal history, familial history and the immediate precipitant for the suicide attempt.

The results showed that a total of 248 students (200 F and 48 M) Self poisoning with a pharmaceutical agent was the most common attempt modality (87.5%). The most common precipitant for the suicide attempt was family conflict (54.4%), followed by romantic disappointment (29.4%). The most common psychiatric disorders were adjustment disorder (84.3%). and depression (18.1%). 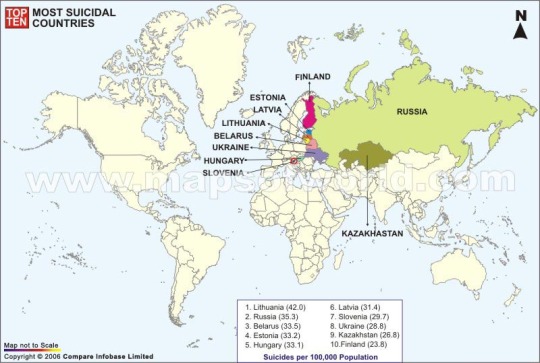 What are the reasons?

According to WHO, in the last 45 years, suicide rates have increased by 60% around the world and are placed among the three leading causes of death among those aged 15-44 and almost 30% of the suicides in the world occur in India, Japan and China. India stands for 10% of the suicides in the world, Japan has 30,000 suicides every year, in South Korea, one human life is ended by suicide every 40 minutes and in China, 287,000 people take their own life vey year.

Now that we have seen the numbers and statistics of suicide, the focus should actually be on the reason why people choose to end their life, and researches have shown many various reasons combined with the culture and environment of the country they live in. But one important reason is economic hardship together with the society becoming more and more materialistic and the people’s struggle to keep up. In the urban areas, stress and depression is the major causes for suicide.

Japan has always had very traditional societal structure and for a person to lose his/her job is considered as the ultimate shame and suicide preserves the person’s honour and makes them avoid shame. Then there is the pressure placed on the Korean students that the exam season is known as the “suicide season”. Now, the Korean government has started to launch public campaigns against suicide as well as educational programmes to avoid signs of depression and prevent suicidal tendencies. In China, there is awareness of the problem but there is still no strategy put forward to prevent it.

I have collected various reasons from different sources and put them together as a small guideline to prevent students in any age to commit suicide.

1. Lack of harmony between child and parents.

Many parents work to make an earning and as they are pressured with time, tension from work, tight schedules, family problems and worries about life, they become unable to pay attention to their children. The only thing they achieve is to fulfil the children’s basic needs and provide money. The children feel lonely and pressured to not fail as this will bring them shame. Another important aspect is that parents must find time to follow what the children are doing, where they go, who their friends are and etc.

Some parents expect too much of their children and this imposes a heavy burden on the child. The parents must not be disappointed, angry or insult the child in case of a failure but rather encourage them to succeed next time as failure is the pillar of success.

India is one of the countries with this problem where students have to wait in long queue throughout the day in rural areas or at computer centers as t electricity comes and goes. Situations like this bring frustration and anger. Here the government or the school must provide better ways for the students to get the necessary tools they need.

Parents should not involve the children in their tensions and listen carefully to them. The children will be stronger if the parents give them discipline together with love and good culture. By this, the parents will manage to transfer confidence to the children.

5. Frequent meetings between parent-teacher and child.

Frequent meetings make aware of children’s real position and their right things as well as wrong things can be checked out. Parents and teachers should encourage children by giving rewards and explain when they have done something wrong. These remedies will build the child for the future to handle failure much better.