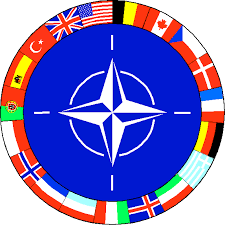 After World War II the shadow of another possible war now looming over the sky which if comes into picture the enemy at the gates will bang it will full lightening; the name of that shadow was Cold War era which started immediately after the much daunted D-Day. The fear of Soviet invasion was irresistible as after the war more than half of the Europe was under communist control & influence. So the Western European countries of UK, France, Belgium, the Netherlands & Luxembourg signed the Treaty of Brussels on 17th March 1948 which is considered as the precursor of NATO.  But in order to counter balance the power of Soviet Union participation of US was necessary, so the talks to form new alliance started immediately after it. These talks resulted into the formation of North Atlantic Treaty Organisation on 4th April 1949 with the signing of North Atlantic Treaty in Washington D.C which increased the horizon of a complete military alliance including the members of Treaty of Brussels & new members the US, Canada, Italy, Iceland, Portugal, Norway & Denmark with its headquarters based in Belgium with its Parliament General Assembly which meets at an Annual Session.  But the first few years of its formation were full of crisis as the influence of US was a major concern in the organisation which resulted into French withdrawal from NATO & development of French nuclear deterrent. With the start of Korean War NATO galvanised its military structure under the command of US Marines. However after the formation of Warsaw Pact by the Eastern Bloc, NATO started developing its standardization program for its arsenal systems.   The reason for its non involvement in Falkland War was that since its formation & as its name suggest that NATO always want to limit itself above the Tropic of Cancer so, since the southern hemisphere is not under its operational limit NATO kept itself out of that. 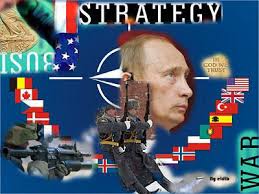 Post Cold War: After the collapse of USSR & the German reunification in 1990 NATO has increased its member states & limits which has now crossed the borders after the Prague summit of 2002 held for the first time in the Eastern Bloc country which enlarged its horizon by including Albania, Croatia, Poland, Latvia, Romania, Hungary, Estonia, Mauritania, Slovakia, Slovenia, Lithuania has been brought under the NATO umbrella while Ukraine & Georgia were told that they will be included as a prominent members. The inclusion of these states irked Russia who has now threatened NATO of withdrawing from CTE which was signed between RUSSIA & NATO as a peace agreement due to the posting of US anti missile defence system which as per Russia’s concern will trigger a new arms race in the region. The first NATO intervention was in 1995 bombings of Bosnia & Herzegovina and in 1999 bombing of Yugoslavia. With the inclusion of Turkey, Spain & Greece NATO now controls almost all the bordering points with Russia.

Post 9/11 Terror Attacks:  caused NATO to invoke Article 5 of the NATO Charter for the first time in its history. The Article says that an attack on any member shall be considered to be an attack on all with invocation of its Article 5 NATO invaded Afghanistan in 2001 & consequently invading Iraq in 2002 under its military force command of International Security Assistance Force (ISAF).

2008-2009 Recession: NATO which has 70% of total world’s defence budget announced huge budget cuts due to the economic meltdown in the majority stake holding countries of US & Western Europe Which accounts 43% by the US alone & the 15% by UK, France & Germany.